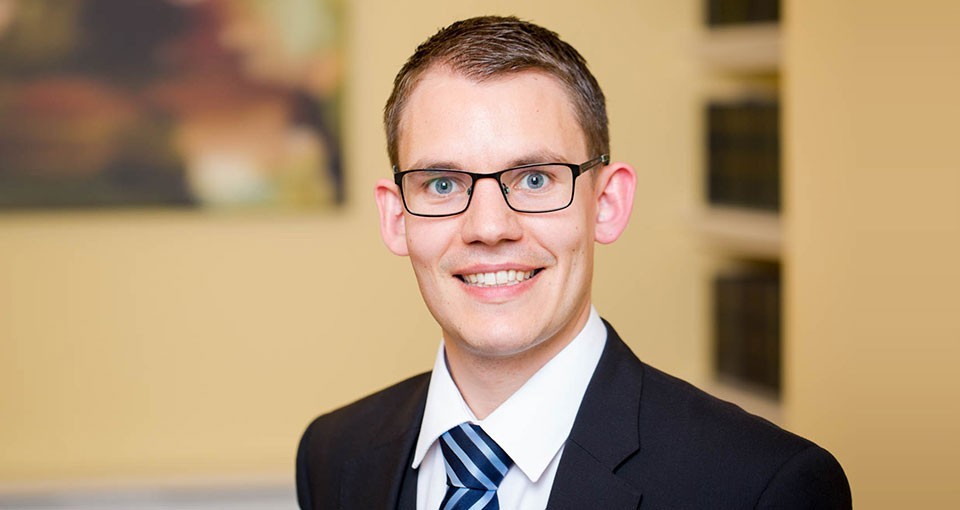 Peter was called to the Bar by Lincoln’s Inn in 2012 and became a tenant at 30 Park Place in 2015 following successful completion of pupillage under the supervision of Tracey Lloyd-Nesling (Crime) and Max Davies (Family and Civil).

Peter is rapidly developing a busy practice and has been Junior counsel in significant cases including those of Murder, Attempt Murder, Complex Fraud, Drugs Conspiracies and Inquests.  In November 2018 he received a Certificate of Commendation from Home Office Immigration Enforcement and the National Crime Agency for his significant contribution as Junior counsel in Operation Queen, a complex multi handed immigration fraud.  His ability has also been recognised by his approval as a Level 3 Crown Prosecution Service Advocate Panel advocate after just three years in practice and his membership of the CPS Specialist Fraud Panel.

Peter has particular interest in criminal law, regulatory matters, and civil litigation and has quickly gained appreciation for his diligence, dedication and judgment. His determination, thorough preparation and commitment to his cases has been recognised by those instructing him and he seeks to provide an approachable and professional style, tackling issues head on and dealing with difficulties as they arise.

During his pupillage, Peter gained valuable and in depth experience across all Chambers’ practice areas and spent considerable time with other members of Chambers. He now regularly appears in the County, Magistrates’ and Crown Courts (both prosecuting and defending); and represents clients at hearings before various regulatory bodies.

Peter was educated in Cardiff and Halesowen in the West Midlands before returning to study Law at Cardiff University.  He remained in Cardiff for the Bar Professional Training Course where he obtained the highest grade of ‘Outstanding’ and received a number of awards for his performance. Prior to starting pupillage Peter obtained a distinction in the LLM in Legal Practice for research into the law of evidence, and he worked at Hugh James Solicitors in the Nursing Care Department, gaining valuable experience assisting and speaking for clients at NHS Review Panels. Peter then went on to work for the international development charity Christian Aid as the Wales Regional and Legacies Coordinator, developing his advocacy and speaking at numerous campaigning and fundraising events.

Outside of work Peter enjoys music, running, playing hockey and attending his Church. He is also a committed Welsh language learner.

Peter is very professional and has vast knowledge of the law. He works extremely hard on his cases and this shines through in the results he has obtained for our clients.Legal 500, 2022