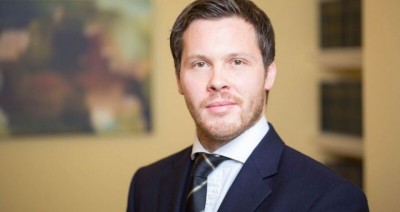 The Upper Tribunal in handing down MW has taken a further step in preventing Appellants with adverse credibility findings from establishing statelessness.  Ever since MA (Draft evaders) in 2007 which was followed by MO (Illegal exit - risk on return) In 2011 Eritrean asylum seekers have had a good chance of obtaining refugee status even in circumstances where the core of their claim has been rejected.  This gave rise to a substantial increase in the number of cases where the Home Office has disputed nationality and suggested that applicants were in fact Ethiopian as opposed to Eritrean. The advantage to the Home Office being that Ethiopia is much safer country than Eritrea and is therefore unlikely to found a successful claim for asylum. This is a rather artificial and unfair approach since Eritrea was part of Ethiopia since 1947 only achieving independence in 1993 meaning that many Eritreans spent the majority of their lives regarding themselves as Ethiopian and living outside what had been regarded as Eritrea in the more affluent parts of Ethiopia in order to obtain work.  Between 1998 and 2000 during the Eritrean-Ethiopian war Ethiopia deported thousands of 'Eritreans' who had been living and working in Ethiopia for decades back to Eritrea.  The general distinction being if you or your parents were born in what was now Eritrea you would be regarded as Eritrean and deported.

Thus there are a finite group of younger Eritreans who grew up in Ethiopia (and probably consider themselves more Ethiopian than Eritrean) but were either born in Eritrea or have Eritrean parents suddenly being deported to Eritrea around 2000 a much more controlled country with considerably less freedom of expression.

Given the Home Office tendency in Eritrean cases to dispute nationality the case of MA (Ethiopia) (2009) EWCA Civ 289 was handed down which required Appellants to take all reasonable practicable steps to establish their nationality and further to act in a bona fide manner in their attempts.  Thus the practice emerged of Appellants attending the Ethiopian Embassy armed with solicitor's letters in order to attempt to obtain Ethiopian passports and when these attempts failed their argument was that they were by default Eritrean or stateless.  However the difficulty with this approach is for the Appellants who have been subject to adverse credibility findings by the Tribunal.  Put another way, how is it possible for an Appellant to take all reasonable steps and act with bona fides in circumstances where they have been found to be untruthful?  The short answer is that it is not really possible. Now with MW it is even more difficult.  The case involved an Appellant in the circumstances as set above attending the Ethiopian embassy in order to discharge the burden in MA.  The Upper Tribunal has found in MW that in order for an Appellant to satisfy MA they would have to obtain documents from any surviving relatives in Eritrea or Ethiopia.  The Upper Tribunal being able to point to the adverse credibility findings which suggested that she had been evasive and untruthful about her relatives.  This leaves a genuinely Eritrean Appellant with adverse credibility findings in an almost impossible position of not being able to prove their nationality.  On the one hand the Ethiopian embassy will always be very reluctant to grant an application for nationality to anyone with any hint of Eritrean routes due to the historic and political differences between the two nations but on the other a genuinely Eritrean Appellant whose core claim has been rejected will find it almost impossible to obtain any documents from Eritrea (which is a completely closed nation) and will thus be deemed to be Ethiopian.

The final twist in the storey is that the Upper Tribunal has also confirmed that there is no duty on the Home Office to assist the Appellant in establishing her true nationality by making their own enquiries with the Ethiopian embassy.  The clear frustration here is that on removal the Home Office will be making these enquiries in any event in order to obtain an Emergency Travel Document and are at this stage likely to discover that Ethiopia will not accept them.  Thus until an Appellant is about to be removed which can take years after the initial rejection of their asylum claim their lives will be left in a state of continued turmoil.

It remains to be seen whether the Appellant in MW will take her case to the Court of Appeal.