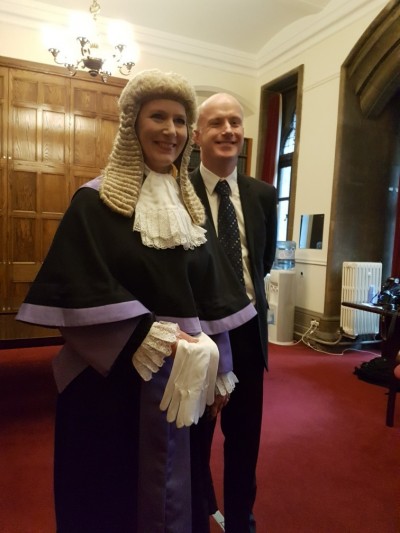 Congratulations Tracey Lloyd-Nesling (to be known as HHJ Lloyd-Clarke) on her appointment as Circuit Judge sitting at Cardiff Crown Court.

The Lord Chief Justice has deployed her to the Wales Circuit, based at Caernarfon Criminal Justice Centre and sitting at Cardiff Crown Court with effect from 7 November 2016.

Tracey Norma Beatrice Lloyd-Nesling, will be known as Her Honour Judge Lloyd- Clarke. She was called to the Bar (M) in 1988. She was appointed as a Recorder in 2009.