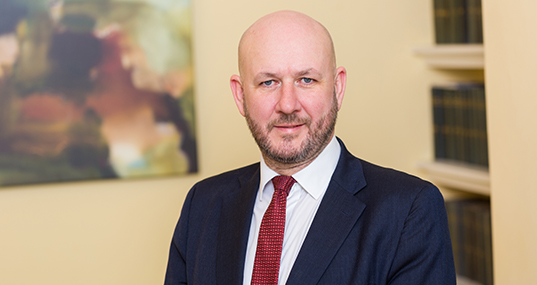 Mark is a working door tenant.

Mark is a modern Q.C. who is sought after for his trial expertise and advisory work.  He is known for his work ethic, case theory and a relentless attention to detail.  He is jury friendly and adept with the latest technology, an increasingly important factor in modern trials.  This skill set has been instrumental in Mark’s success in his chosen areas of work.  Apart from dealing with the most serious of cases, Mark also acts in cases where significant reputational issues are at stake.  In this regard he has extensive experience of successfully advising and representing high net worth individuals who have come into contact with the criminal justice system.  This includes medics, lawyers, accountants, company directors, professional sportspeople and those working in the arts.   Further details in relation to specific areas of Mark’s practice are set out below.

In the field of homicide Mark has experience of defending and prosecuting in cases involving joint enterprise and young or otherwise vulnerable defendants (including those suffering with significant mental health issues).  Mark recently secured the only across the board acquittal in a multi-handed knife murder where Mark’s client was only 14 years of age.  Immediately afterwards, he successfully prosecuted a multi-handed knife murder, securing across the board convictions, and then went straight into defending the lead defendant in another multi-handed knife murder where a ‘cut throat’ defence was being run.  Mark’s client (the lead defendant) was acquitted of both murder and manslaughter.  This back to back sequence, from late 2018 and into 2019, demonstrates Mark’s exceptional ability to successfully bring his skills to bear for both the defence and the prosecution in cases of homicide.

In the field of sexual offending Mark has unparalleled experience, having been dealing with the most serious and/or reputationally difficult cases for over twenty years.  He was a defence specialist in this field long before Operation Yew Tree and so his expertise pre-dates the current trend towards increased levels of prosecution of sexual allegations.  He understand the complexities and sensitivities in these cases.  He has a detailed and extensive understanding of technical, computer and digital evidence and how it may be challenged.  He has questioned countless child witnesses, in the most delicate of cases, and has vast experience as to the use of intermediaries.  Additionally, prior to taking silk Mark was admitted to the London RASSO list at the highest grade and succesfully prosecuted many of the most serious cases undertaken by the unit.

In the field of white collar fraud and business/corporate crime Mark has extensive experience of dealing with the most complex frauds, including those with an international element.  He has dealt with trader frauds, mortgage frauds, carousel frauds, company frauds and those involving the most complex financial instruments and/or corrupt practices.  He has recently advised a target in an ongoing SFO international corruption investigation and advised another individual with regard to a massive NCA investigation into international fraud allegations.  Mark also provides specialist business crime advice and recently advised the CEO of a PLC in relation to the application of the insider dealing legislation in a highly novel and unusual factual scenario.  He is experienced in dealing with issues relating to money laundering, bribery and corruption.  Additionally, for many years Mark has been sought after to deal with high value and complex confiscation proceedings, where his attention to detail is equally valuable.  Examples of such cases can be seen under the Business Crime case section below.  Additionally, prior to taking silk Mark was admitted to the SFO list at the highest grade.

Mark is regularly instructed to provide second opinions in relation to proposed appeals against conviction and sentence.  He is also experienced in cases involving regulatory and disciplinary issues and has significant experience of acting and advising in cases of Judicial Review.

Mark accepts direct public access instructions in suitable cases. He is often instructed to advise on referrals to the Criminal Cases Review Commission (CCRC), or out of time appeals to the Court of Appeal (Criminal Division).

"A fearless silk whom you instruct when your client has absolutely no hope. He has the skin of a rhinoceros." Chambers UK, 2022